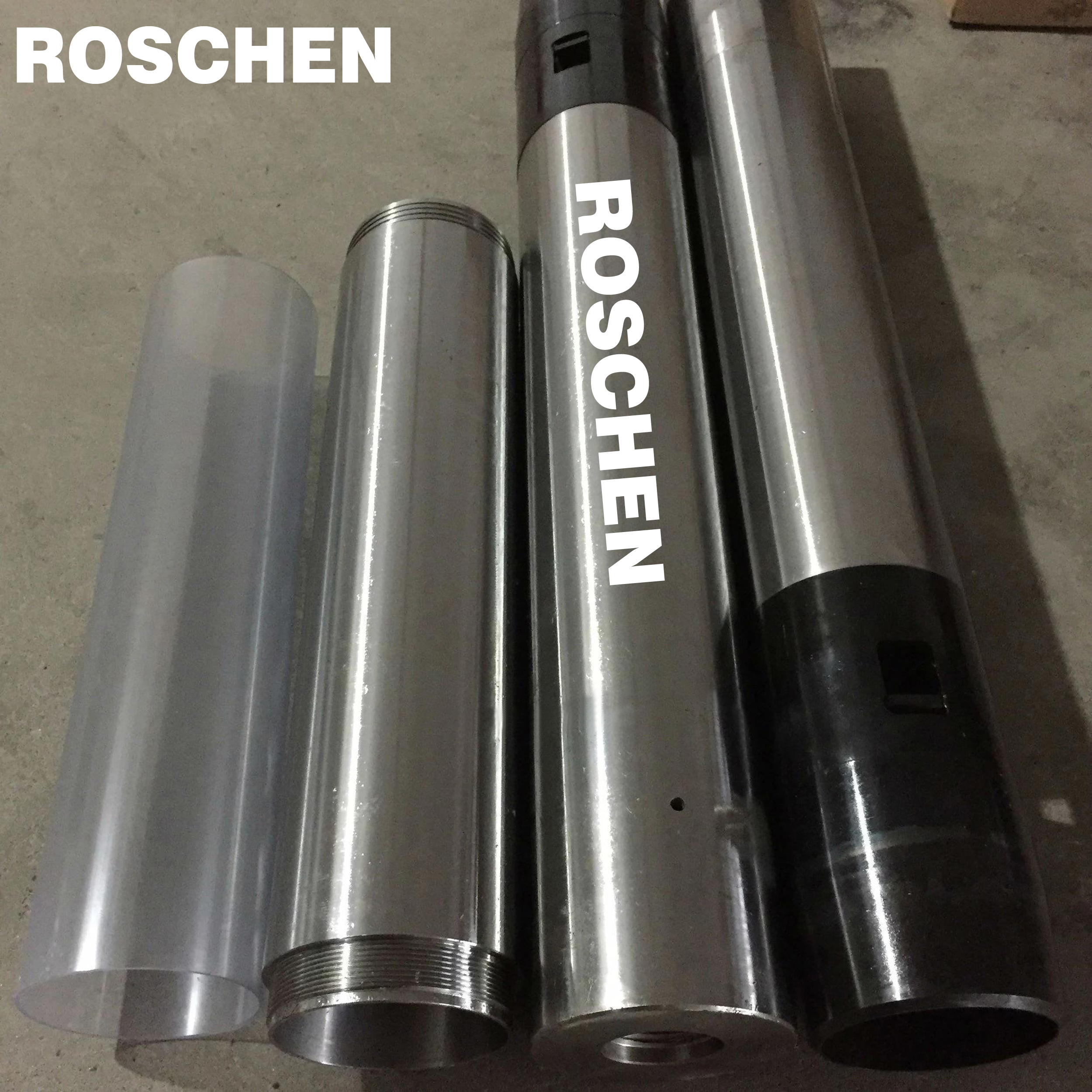 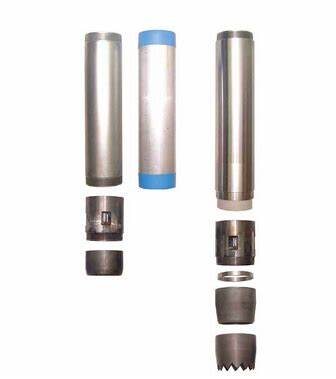 For U100 sampling in drilling soil layers drilling for U100 Sampling System.

Description
Roschen U100, U70 Sampler system equipment is designed for obtaining undisturbed samples in most soils and some weak rocks such as Chalk and Marl. The sampler produces a nominal 100mm diameter soil core, approximately 450mm long. The sample tube with attached cutting shoe is driven into the ground by means of a Sliding Hammer. A Drive Head fits between the Sliding Hammer and the Sample Tube and contains an overdrive space and a ball valve. The ball valve allows air to be released as the tube is driven into the ground.

Size Available for other core barrels or soil samplers:

Wireline drilling is the special method of removing the core. When the driller wants to remove core from a conventional core drill, the entire core barrel has to be removed from the hole. This is time-consuming, as each rod has to be removed one at a time. With wireline drilling, a barrel of core can be removed from the bottom of the hole without removing the rod string. When the driller wants to remove the core, an overshot is lowered on the end of a wireline. The overshot attaches to the back of the core barrel inner tube and the wireline is pulled back and the inner tube disengages itself from the barrel.