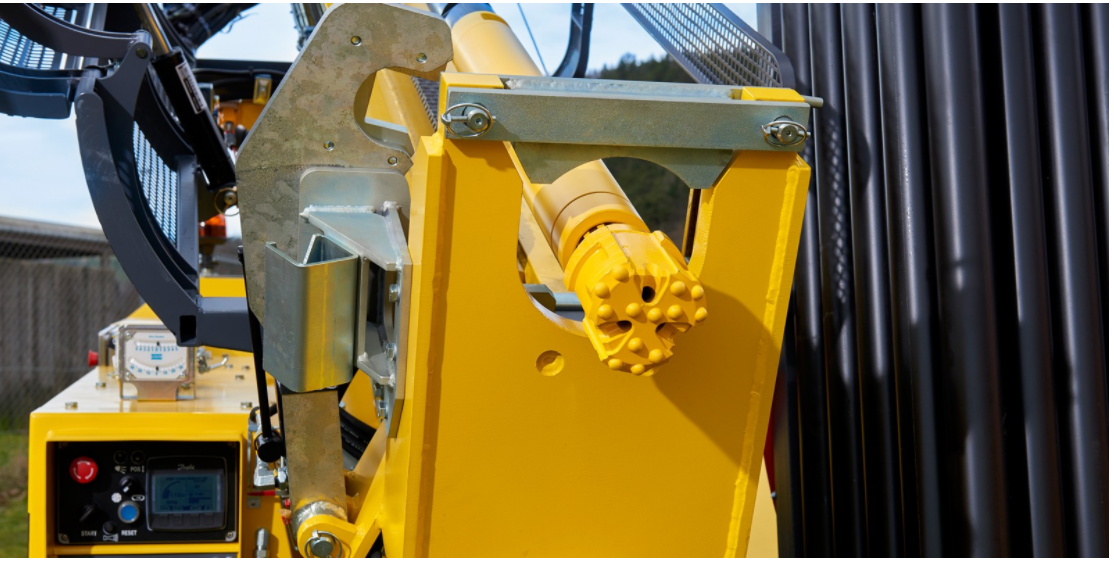 Use same ring bit set for both pilot bits.

Easier detaching of the pilot from the ring bit set.

The new face design (patent pending) of the Symmetrix and Elemex pilot bits improves the flushing of the cuttings that makes the penetration rate even better than before, especially in clay and sand formations. When changing the pilot bits you only need one ring bit set for both pilot bits, and you will save time as well as money. This is an extra advantage when sensitive ground is encountered.

Where conditions are tough, time is limited and precision is crucial – the Symmetrix system is at its best. Symmetrix system drills quicker and more accurate than any other method available today. Whether there are big boulders, inclined competent layers or hard rock bed, Symmetrix continues to drill until the required depth is reached. The system has opened the way to utilize new construction methods that save contractors time and money. The Atlas Copco patent pending new bit face design allows both Symmetrix and Elemex pilot bits to use the same ring bit set which turns the product selection easier.

The Elemex casing advancement system is the preferred system for minimizing the risk of settlements in surrounding strucutures. Aircontrol and minimized overdrilling is essential to reduce these risks. The unique design of the drill bit directs the air over the drill bit surface reducing the air leakage into the ground. The new face design also improves the flushing of the cuttings that makes the penetration rate even better than before and the directed air flushing enables the driller to be in full control of the drilling process. The Elemex system not only minimizes air escape, but also prolongs drill bit service life and, in some cases, actually drills faster than any other system available. Elemex is not only a safe choice where settlement of neighbouring buildings can be a risk with other methods. It is also a more productive and cost efficient choice.